1900-1910 The Belle Epoque - women's clothing was characterized by the corset, which squeezed the waist, and the crinoline which gave volume to the skirt. Wealth was flaunted through the abundance of fabrics superimposed in multiple layers, the refinement of the accessories, the redundancy of the decorative effects obtained with the application of trimmings, ribbons, decorative seams, bows, inserts and ruffles.

1911-1920 First World War - the war imposed a simplification of all lines, cuts, gaskets, continuing a trend that had started before the war, in 1913, with Gabrielle Chanel (1883-1971) who had anticipated masculinization and practicality of womenswear .

1921-1930 Charleston - the tendency for women's apparel to get shorter, which begun in the previous decade, reached its peak in the mid-twenties with the short dress above the knee supported by two thin straps, trimmed with beads and fringes. Together with the "garçonne" hairstyle, the long strings of pearls, the mouthpiece and socks, which acquired an importance they never had in the past. Meanwhile men inaugurate the Gangster style.

1931-1940 Fascism - the rhetoric of the regime proposed the "anti-crisis" woman, that, with her prosperous forms symbolized the welfare guaranteed by the Fascism, as opposed to the French feminine model, which favored the long-limbed and slender woman.

1941-1950 After the war period, fashion was influenced by the Cinema and its Stars. 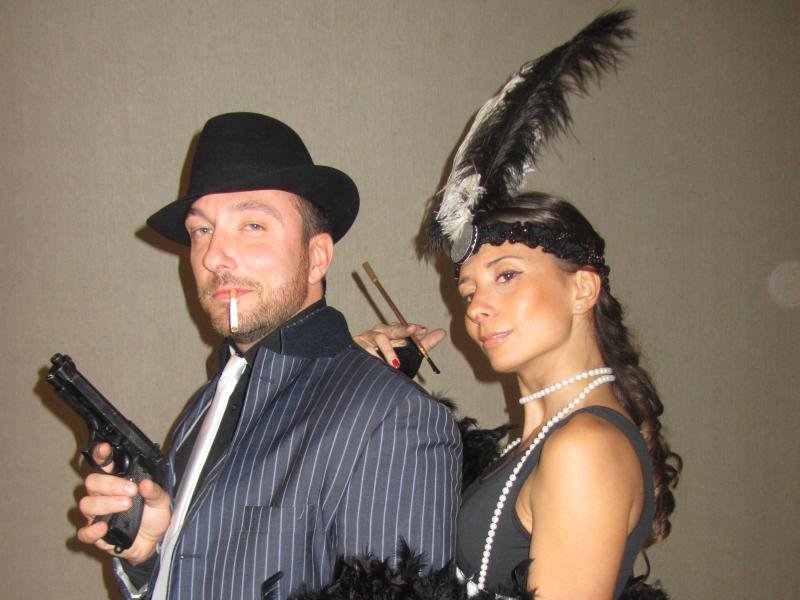 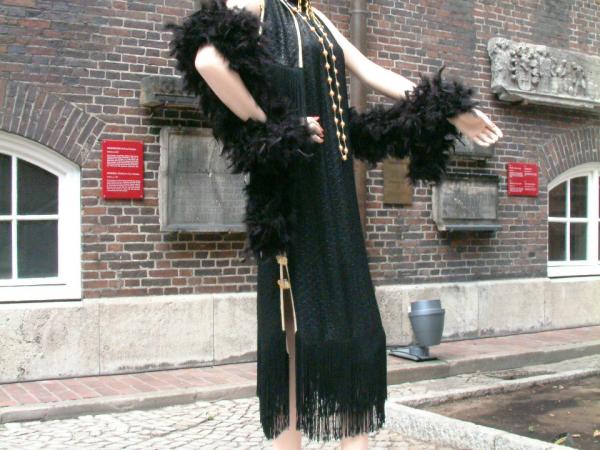